If you love Regency romance, I hope you’ll enjoy The Lady And The Military Man: Conquer My Heart.

It’s the fourth novel in the Eardley of Gostwicke Hall series: the story of Lady Jane Vernon and her military man, Kelly Baker-Cornhill, the fifth son of an earl and a magnet to women.

To date, the series has seven novels.

In the north of England at Kennystowe Castle, the summer sun illuminated a wide green meadow with a group of men gathered at its center.

Lady Jane Vernon recognized the large figure of her brother, Lord Alex, arguing with her elderly stepfather, Lord Kennystowe, across a trestle table which had been set up some twenty yards from a large hole.

Alex, in his shirt sleeves, and without a neckcloth, shook his head, and slammed his fist onto the table. The group was too far away for Jane to hear the details of the argument.

Her attention focused on the hole. She sighed. Not again… Waist-deep in the hole, three workmen dug industriously, tossing soil and rock over their shoulders, while two workmen leaned on spades. Several other workers trundled wheelbarrows and a cart across the field.

“I told you,” Jane’s sister, Dorinda, said as she walked up behind her. “They’re digging another hole. Just what we need, as if the estate were not already well-supplied with holes. I say we sell it all — let Horace Killock have it. Edie and I need you to help us to convince Alex to be sensible, my dear. And Father too, of course — if he remembers.”

Jane sighed. At 75, Lord Kennystowe was losing his sight, his hearing, and his memory. Never an easy man, age hadn’t sweetened him. He hadn’t recognized Jane when she returned from London. For the first few hours, he called her by his wife’s name.

Behind them on the Castle’s original motte, now merely a grassy mound, servants yelled instructions over the thumps of a table and chairs being unloaded from a cart. Edie, Jane’s other stepsister, checked the baskets of food they’d unloaded.

The cook and his helpers turned a haunch of beef, spitted across an open fire. Inhaling the inviting smells of the roast, Jane realized that she was hungry. At the same moment, she bit her lip at how expensive this picnic would appear on her balance sheet.

Jane rubbed her forehead. “Even if Father remembers, he won’t sell, and neither will Alex.” The constant digging proved that. “What makes them think that they know where the treasure’s buried this time?”

Alex spotted them, raised his hand in greeting, then waved to her. Jane waved back. An image came to her of Alex, at 20, telling her that their father had died. She’d been eight years old. This time, as soon as she arrived back at the Castle, she realized that Alex now looked exactly like her memory of their father.

Dorinda lifted her hands and dropped them again. “What else — Alex has found another map. He says we’ve 4,000 acres, otherwise he’d dig up everything.”

Jane had to laugh at that. Then she sobered. “How much do we owe Mr. Killock?”

“Almost £2,000. We’ve missed two mortgage payments,” Edie said softly. She’d walked across the motte to join them. She patted Jane’s arm. “We need to sell. We can’t put it off any longer. Our debt to Mr. Killock is the least of it. The servants haven’t been paid in months. The corn chandler won’t extend any more credit, and we’ve duns arriving at the Castle every week.”

“So I have three days to convince Alex to sell to Mr. Killock — Mrs. Grove writes that Major Baker-Cornhill will be here on Saturday.”

“Can’t you put him off?” Dorinda asked.

Major Baker-Cornhill’s face swam into her mind. It was too strong to be handsome, with high cheekbones, and a broad mouth. His slate-grey eyes looked green in some lights, like the sea… she swallowed hard, and pinched herself. Dreaming, like a schoolgirl. At her age, almost 30, a spinster, whose heart thudded whenever she thought of him.

Read a longer preview of The Lady And The Military Man: Conquer My Heart

I hope you enjoy Lady Jane’s hassles with her family and her romance with her own Regency hero.

You can read a longer excerpt of the novel on one of the online bookstores here.

Minerva And The Rake: A Sweet Regency Romance 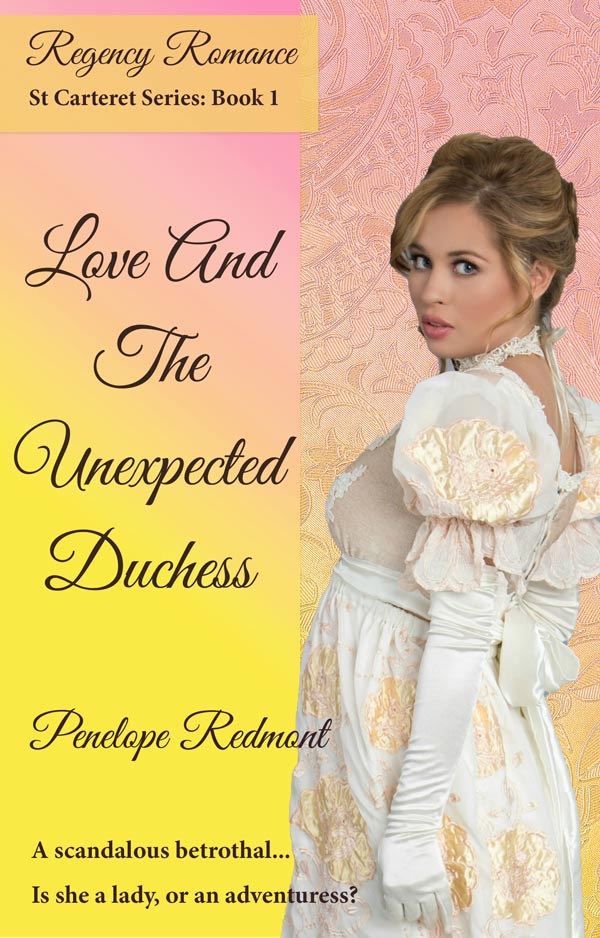